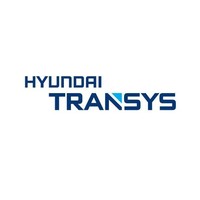 Hyundai Transys is engaged in the production of automobile seats for the KIA plant in Teplička nad Váhom. The production of seats takes place on a foaming line, from where they move to the assembly line. After the final quality control, the seats go to the KIA plant, where they are then mounted in cars. Only a few hours pass between seat manufacturing and assembly itself, therefore process optimization is crucial. This can only be achieved by accurately planning and detecting possible failures and deviations in the production process from the outset. And for this purpose, the Hydra application was created.

The original procedure was based on the lengthy manual download of data from the operator terminal to the USB key, their processing and subsequent detection of deviations and maintenance scheduling.The main task was to accelerate and automate the process of data acquisition from the production line and their subsequent processing in the form of reports, so that changes can be reacted on operatively. The main problem was the lack of documentation for the production line and its software, so the only source of information was the database dump and sample reports.

The created system consists of backend and frontend parts. The backend part is directly connected to the MSSQL database via the network, into which data from sensors in the production line is stored. The data is subsequently processed and optimized by the system, removing excess data from unconnected sensors. They are then stored in the Oracle database for reporting and archiving purposes.

The frontend part is used to view data from the sensors in the form of graphs, allowing the user to easily select the time period and the monitored quantities.

Data can also be filtered depending on the robot or recipe used. In addition, production data is available in virtually real time, so it is possible to react operatively to all problems. The worker can easily download the results in the form of graphs and tables for further processing directly from his computer without the need to visit the production hall.

In addition, if necessary, the system can be easily supplemented with, for example, e-mail notifications in case of exceeding the defined limit values.
←
Previous
Next Project
→

Ready to discuss your project?